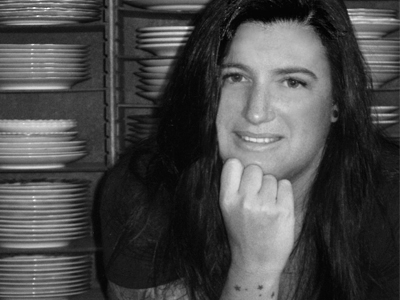 Angela Rossi, born and bred in Los Angeles, is the artist behind Beat Up Creations.  She is a self-taught, outsider artist that works with recycled, abused, broken and forgotten items creating altered antique plates, raw assemblage sculptures and mixed media portraits. "I love the idea of taking a traditionally formal piece and bringing some humor to it.   It is really about revitalizing these beautiful vintage plates, altering them to be a bit more fun and contemporary." 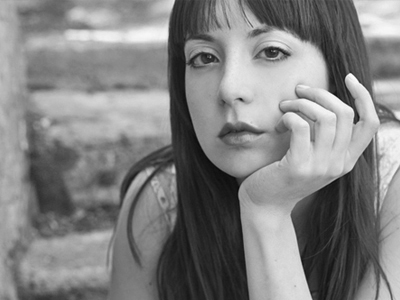 Himitsuhana started research in photography in 2007. She investigates the inner relation between photography and painting, and takes inspiration from the Pre-Raphaelites painters and Liberty style. She has worked as designer for storybooks, fashion and entertainment sectors. "I believe that photography is more than technique, it is more than having an expensive equipment.  I am deeply convinced that photography (the way it means to me) is not the camera, it is the eye that stands behind the camera. My aim is to portray every single glance of the human soul and encourage people to dream and never stop believing in dreams."

Brendan Young and Vanessa Battaglia of Young & Battaglia studio both trained in Industrial design but have since applied their thinking to interiors, gardens, lighting, furniture, accessories, graphics and art direction for UK and International clients. Also the founding partners of Mineheart, their playful approach to design has won them a host of awards and they have attracted international recognition through a presence in many exhibitions worldwide including New York, Milan, Tokyo, Paris and London. Heralded as one of the top 10 design studios of the future at 100% Design London's 10th anniversary, their work has been published in books, most leading design magazines, and selected for prestigious shows and collections such as the V&A museum and the MOMA.

Chad Wys was born in Illinois in 1983 and continues to live there today. Despite always having had the urge to grab a crayon or a camera, he is  something of an apprehensive artist. It has taken time for him to grow comfortable with the notion of sharing his work with others. His artwork at its core, an experimentation in composition, color, and form. Through a variety of mixed media he has chosen as his inspiration a color palette that is at times complimentary and at other times purposfully contradictory, or seemingly destructive. 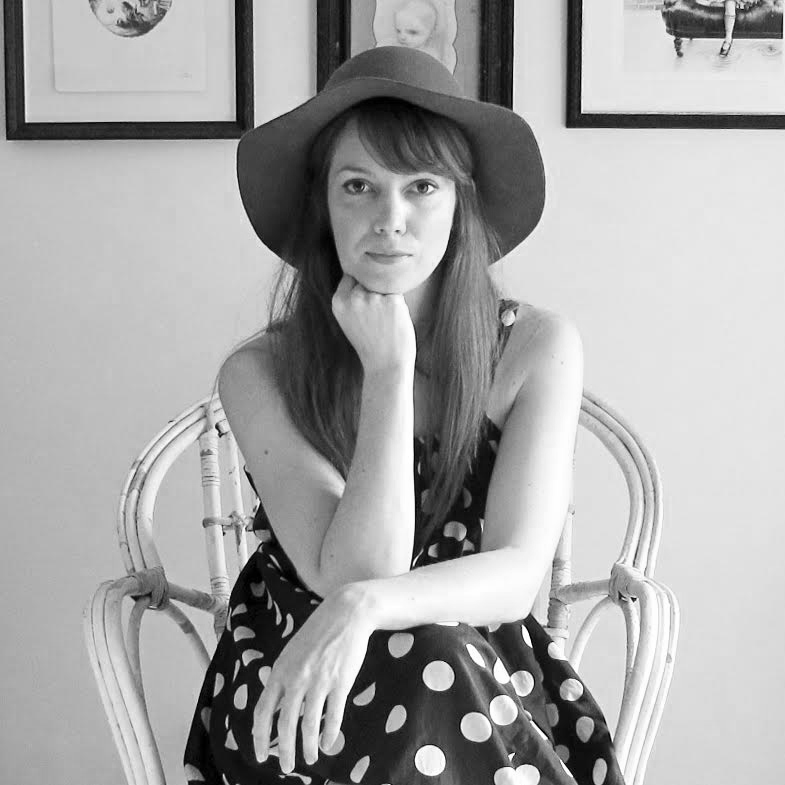 Courtney Brims is an Australian illustrator who graduated from QUT with a degree in interior design before turning her hand to illustration in 2008. Since then she has had solo shows in Los Angeles, Brisbane and Sydney and numerous group shows across Australia and the UK. Her intricate pencil drawings are half daydream and half nightmare, drawing inspiration from her memories of growing up on 80s scifi and fantasy films, writing ghost stories and collecting dead insects. Courtney’s work often focuses on concepts of reality vs imagination and the wonder and brutality of the natural world. 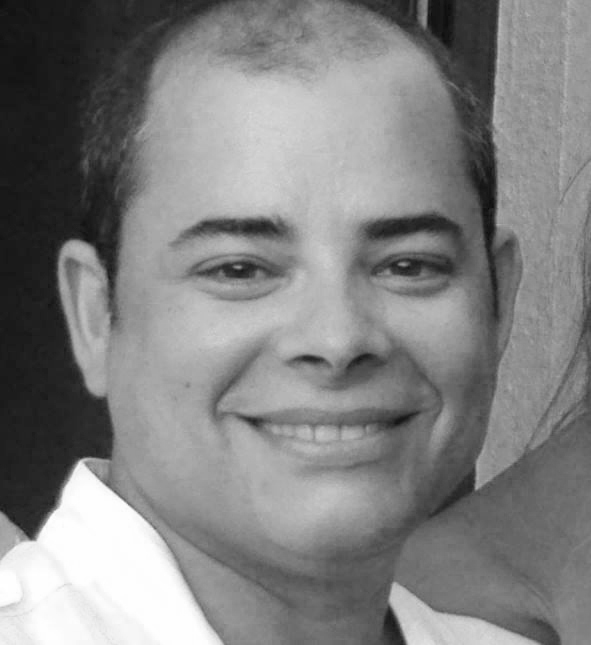 João Figueiredo is a Portugese painter whose work has been widely acclaimed in Portugal and worldwide.   Joao originally worked in design and started painting in 2000. In 2004 he received the “Prize Nadir Afonso” at the Estoril Contemporary Art Fair. In 2005, with the exclusive support of Swarovski, João Figueiredo began a new phase with projects that focus on the reinterpretation of classical works of art. He has received nominations for the “Vespeira Prize”, “Artur Bual Prize” and “Cerveira Bienalle”, and the receipt in 2005 of the honorary mention of the “D. Fernando II Prize” by the Sintra Municipality. During the celebrations of the “New Seven Wonders of the World”, which took part in Lisbon, he was invited to present the project “SEVEN – From Past to Pop” at the Museum of the City of Lisbon, Internationally João Figueiredo was present in 2005 at BIACF – Biennale d'Arte  Contemporanea di Firenze and at GARF – Glasgow Art Fair. At the end of 2006 he presented “Less is more” at the Zizi Gallery in London. In 2010, on the invitation of the Portuguese Embassy in Andorra and to celebrate the Portuguese National Day (Day of Portugal, Camões and Portuguese Communities) he presented “Imatges de la Memória”.  “PT – Woman – A Tribute” was presented in Tokyo on the invitation of the Portuguese Embassy, on the celebration of the 140th anniversary of the Peace Treaty between Portugal and Japan.

Simon Schubert is a Cologne based artist who graduated from Duesseldorf academy of fine arts in 2004. He works with galleries in Germany, Belgium, France and the US and has shown in several museums in Germany. During his studies he invented a special technique to fold paper into delicate details and create illusionary architectural pictures. The pictures are actually white papers and become visible through the interplay of light and shadow on the folds in the paper. He also works with sculptures and graphite drawings and combines these elements into large walk-in installations. 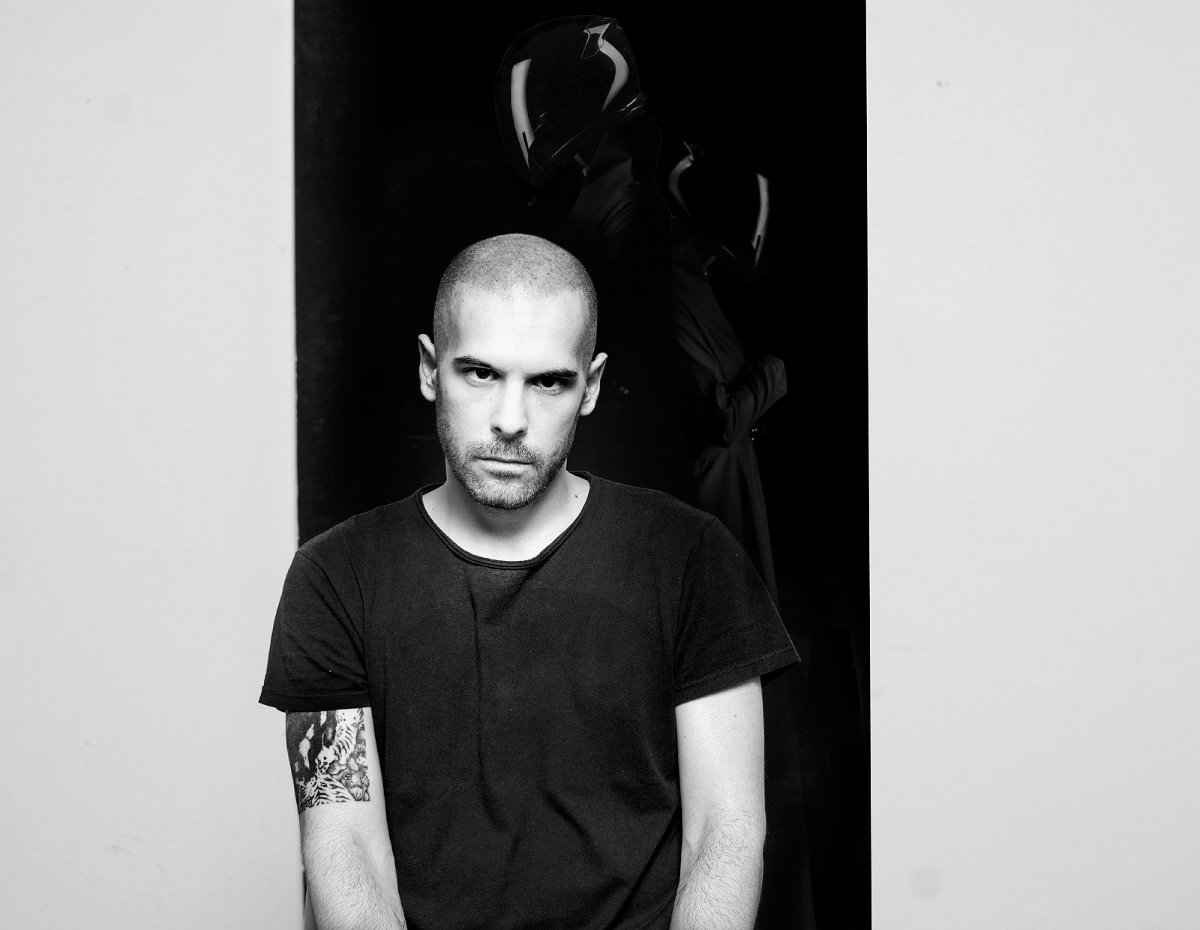 Stefano Bonazzi was born in Ferrara, Italy where he still lives and works today. Stefano’s interest in the creative fields of arts, drawing, and illustration started during his early childhood and in 2010 Stefano began to create digital artworks. Stefano’s work often starts with taking photographs of the most diverse things such as objects, people or textures which are then combined with other elements to using digital techniques. Surreal and dreamlike, Stefano expresses his ideas of the uncertain modern world, and his vision of our time is poured out in to digital elaborations, exquisitely pictorial and softly hallucinogenic. 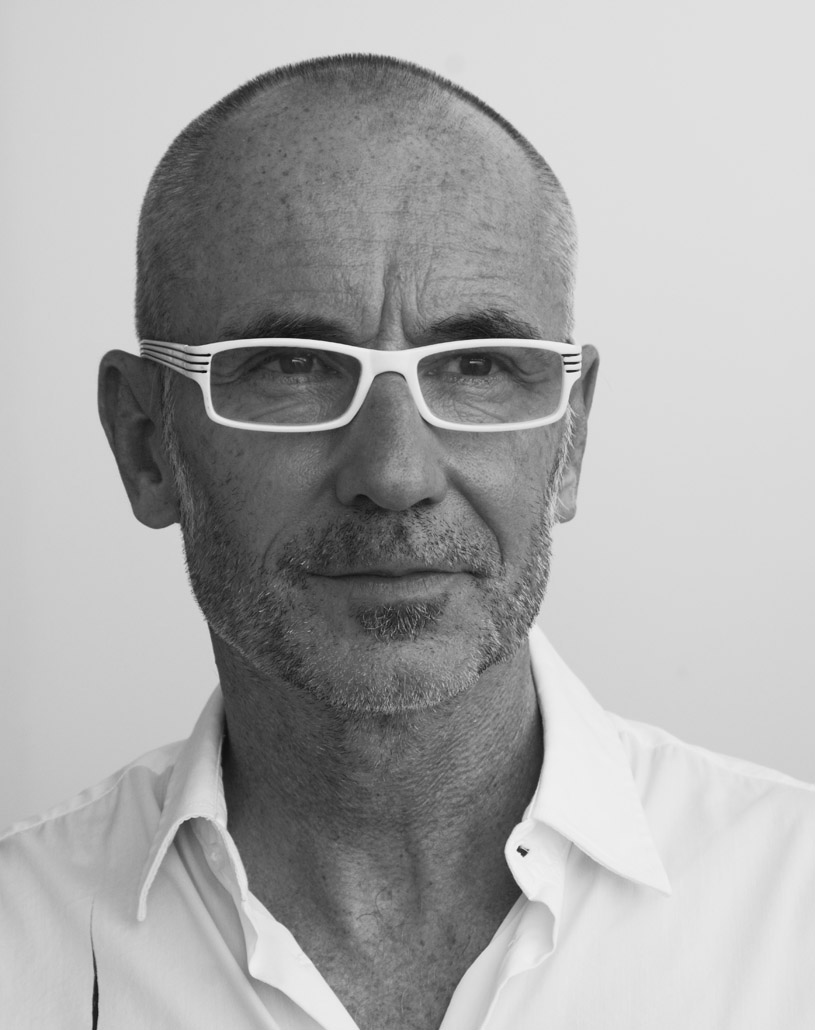 Michael Banks is widely credited with creating some of the most exciting and unique artwork in today’s modern art scene. In this collaboration we will see rug designs derived from 'ink, 'paint' and 'classical' inspirations to produce some unique collections of unparalleled beauty.

"My Artwork is all Photo-based, largely abstractions and details from the world that surrounds us, and includes textures, architecture, pure digital, constructed symmetries and one-off moments that catch my eye. I strongly believe in trying to push to the limit what is artistically possible with a camera……….new technology, such as smartphones and tablets have become the way in which our daily reality is now recorded, which means that photography with a camera is liberated from that role, and can truly have its potential maximised as a means to make Art.” - Michael Banks 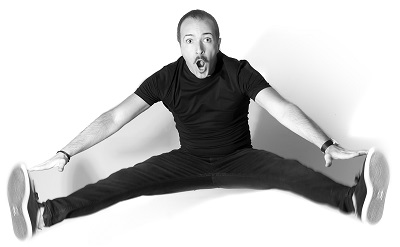 Italian awarded designer and creative director who works for companies globally, Emanuele Pangrazi would be better defined as a designer in constant evolution, a bit of a philosopher and a bit irreverent. He graduated in industrial design with a master's degree in digital art, he lives and works between Italy and the United Kingdom, taking creative inspiration from very different places. Thanks to the studies and the experiences gained over the years, he has become very successful in designing hi-tech, furnishings and ceramics products. The passion for his work is manifested in careful and continuous research, in the observation of reality and memory. This contributes to the birth of objects with a material and deeply conceptual awareness. Following this vision, in 2008 founds Mater, a studio in which observations, memories, values, circulate freely in a flow of ideas and solutions.

Kirin Young is an artist, graphic designer and photographer based in Bangkok, Thailand. He was born and grew up in the UK and moved to Thailand originally to work as a model before studying Multimedia design at Bangkok University. He has been working within Television, film and online platforms for over 15 years and works with a variety of media and both digital and traditional techniques. He enjoys challenges and sees each project as a potential learning experience. “My general approach to projects is i like to gather lots and lots of information and options before i start the actual piece. Inspiration can come from anywhere, art, buildings, feelings, nature, light, the list is endless.  Anything can be done if you just put in the hours!” - Kirin Young 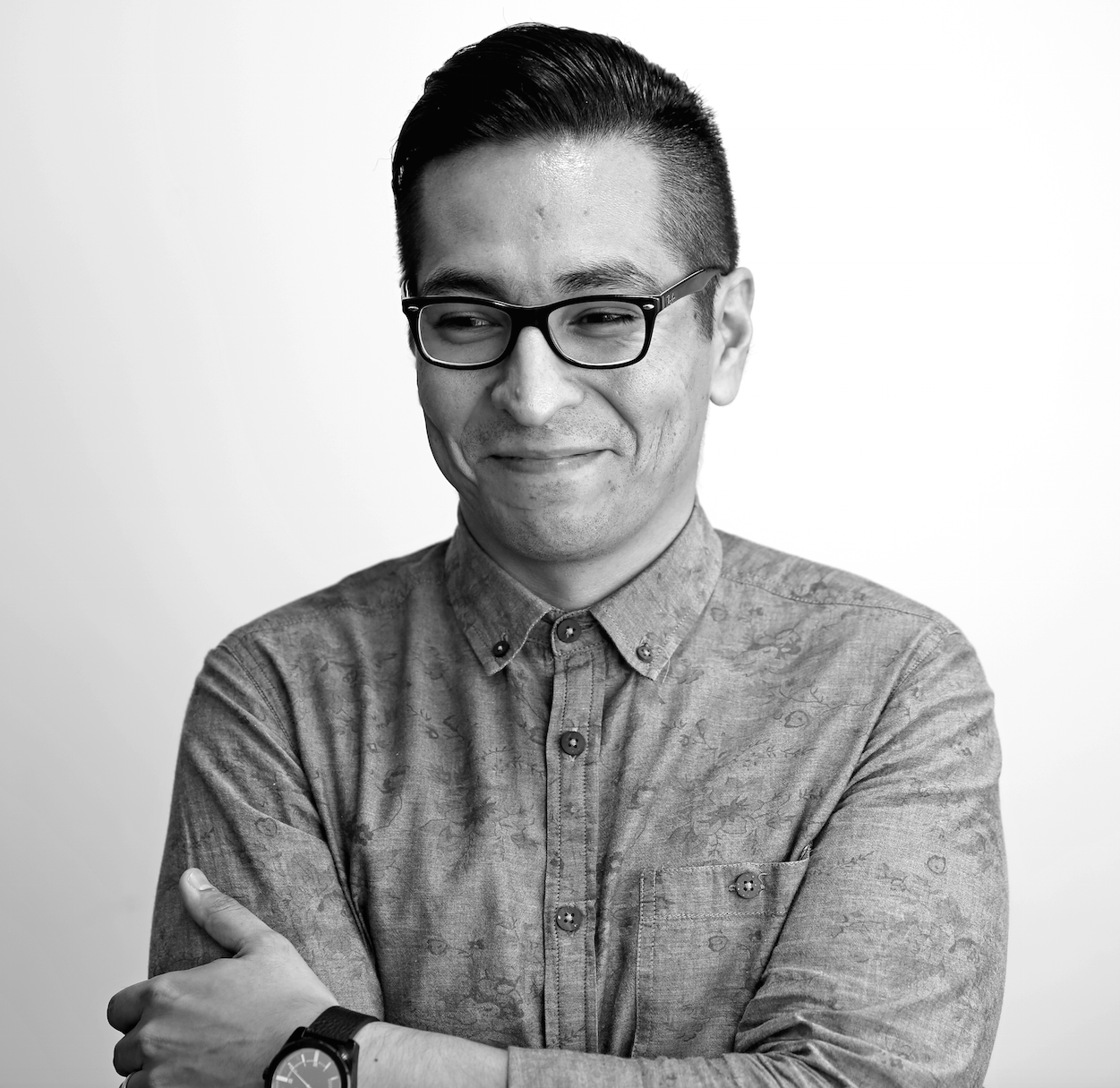 Studii Blēoh is an independent design consultancy firm with a belief that the best design happens when communication, enthusiasm, innovation and intelligence come together.   "In old English blēoh signifies colour. Colour is the aspect of an object with respect to the differing qualities of light being reflected or emitted by it. Colour is a phenomenon of light.  There are an infinite number of colours." 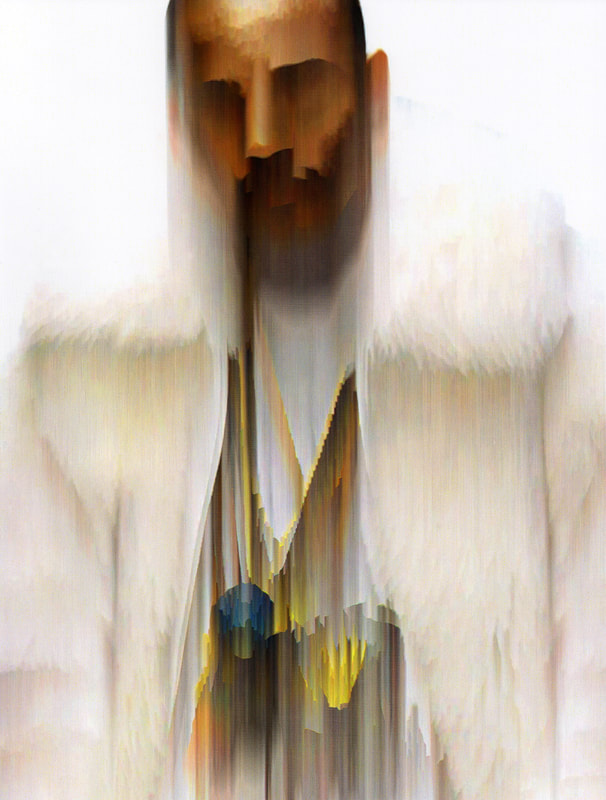 Agent X, cultural explorer and agent of the unknown, creates experimental, multimedia collages, paintings, and 2D artwork. Described as ‘Pop Art with thought,’ Agent X juxtaposes pop culture, technology, fashion, and music in visually complex amalgamations expressing the anxieties of the global, post-modern world and the dark side of consumerist, media-obsessed culture. His work occupies a unique intersection between the aesthetics and philosophy of Futurism, the social critique of the Dada movement, and contemporary artistic movements ranging from Pop Art to Superflat.

Agent X was raised in Connecticut and studied in New Haven and Atlanta before moving to Canada and training at the Art Institute of Vancouver. While his work draws from formal training, his mash-up multimedia style is primarily self-developed. Agent X often combines the ephemera of the past with the glossy world of contemporary magazines and newspapers, adding paint and other mixed media to create images that cleverly critique humanity’s current obsessions and where they are leading us. While presenting a contemporary, urban veneer in his work through influences of music and fashion, sub-layers of his work dive into loaded socio-political subject matter.

Agent X jumped onto the radar when named as a semi-finalist in the 2011 New York Art Marathon, with multiple international honors that rapidly followed including winning Top Entry in the competitive Curious Art-Pie Show at Curious Duke Gallery, London and being named among ‘12 Artists to invest in now’ by New Blood Art Gallery, London. Currently based in Vancouver, Agent X has exhibited in art meccas around the world including London,Singapore, Los Angeles, Germany, Amsterdam, New York, San Francisco, Spain and Toronto. 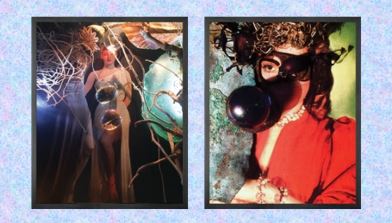 Some years ago, the artist Maximillion emerged from a single atom located at the base of his brain, where he had been hiding . He had been through an extreme crisis involving the  disintegration and re-integration of his personality, against the backdrop of the bitter winter snow in a blank February sky.

Later, insect-like, he emerged from his psychic metamorphosis; a recycled human, better stronger and wiser than before. Discovering a new artistic expression and inspired by the art and revolutionary ideas of the original Dada & Surrealist movements, his art explores the world of dreams and alternate realities. It is surrealism for the digital age, imbued with the spirit of punk and refashioned as New Wave Surrealism.

COLLAGE
He uses vintage ephemera & found objects to create his collages, whose images fit together like some unfathomable jigsaw, which offer the viewer a vision of unknown beings glimpsed in another realm.
ALCHEMY
Maximillion’s images are captured and printed digitally. However they are NOT digitally manipulated. What happens in that theatrical moment, when realities collide, cymbals crash and the red velvet curtains part to reveal the unfathomable, is pure alchemy.
Maximillion’s art enables the viewer to enter a surreal dreamworld, unfettered by time, space or convention.
EXHIBITIONS & EVENTS
Maximillion has exhibited his art, experimental films and immersive surreal live cabaret in Victorian music halls, live music venues, marquees, art galleries and caves in Nottingham and the UK. He has an ambition to take his brand of surrealism to Berlin.