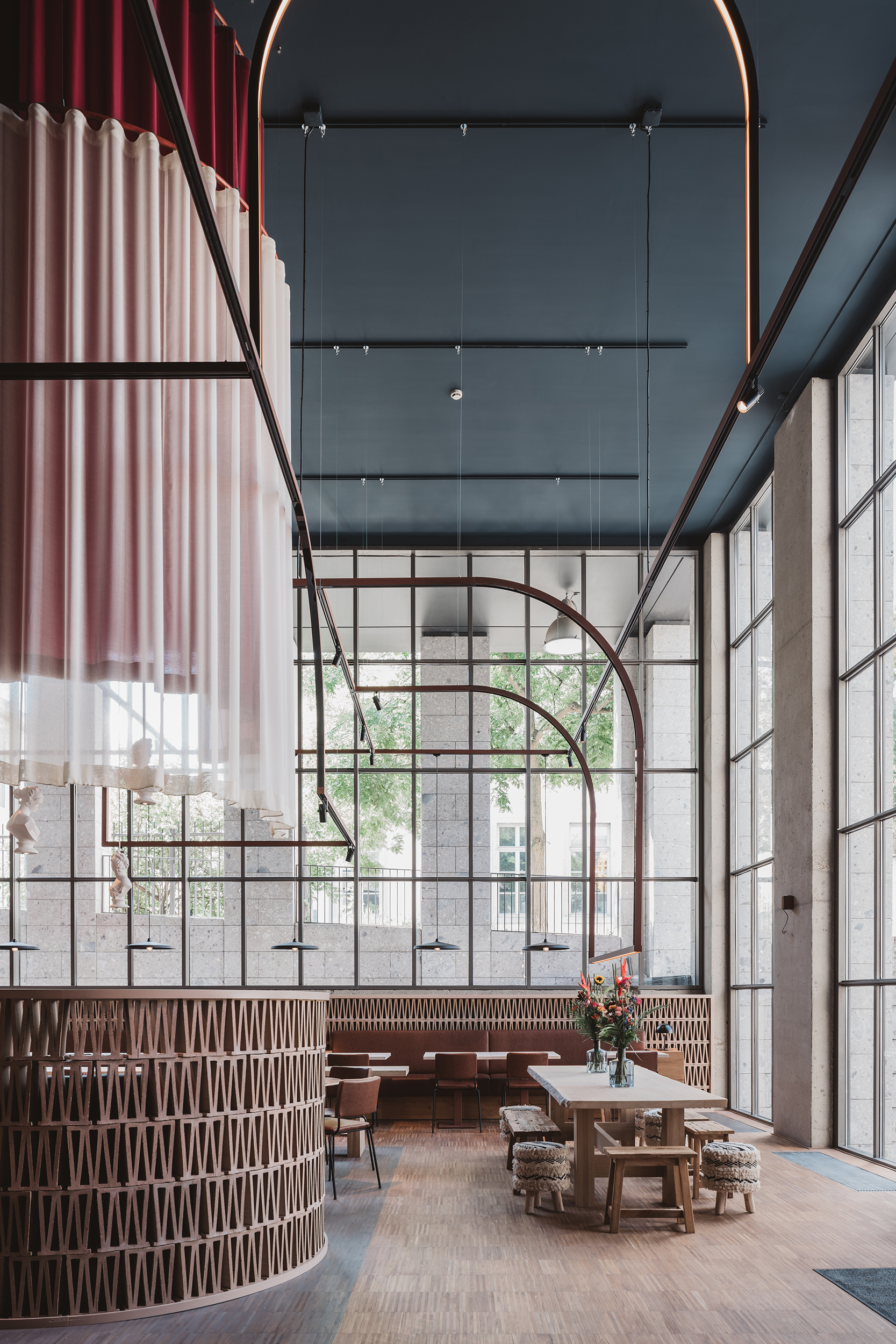 space agency gave the restaurant next to the Gallo-Roman Museum in Tongeren a successful makeover by combining ancient themes with a contemporary setting. Bistro Bacchus has become a place to immerse yourself in the Gallo-Roman experience.

Time for a total makeover

The Gallo-Roman Museum in Tongeren is a real gem for everyone who wants to learn more about prehistorical times and the Roman occupation of the region. Its inspiring exhibitions, which combine archaeological artefacts with storytelling and interactivity, earned it the title of European Museum of the Year in 2011. When Bistro Garden acquired the restaurant next to the museum, real. space agency was asked to give its interior a total makeover. The aim was to evoke Bistro Garden’s pleasant family moments within a Gallo-Roman context. 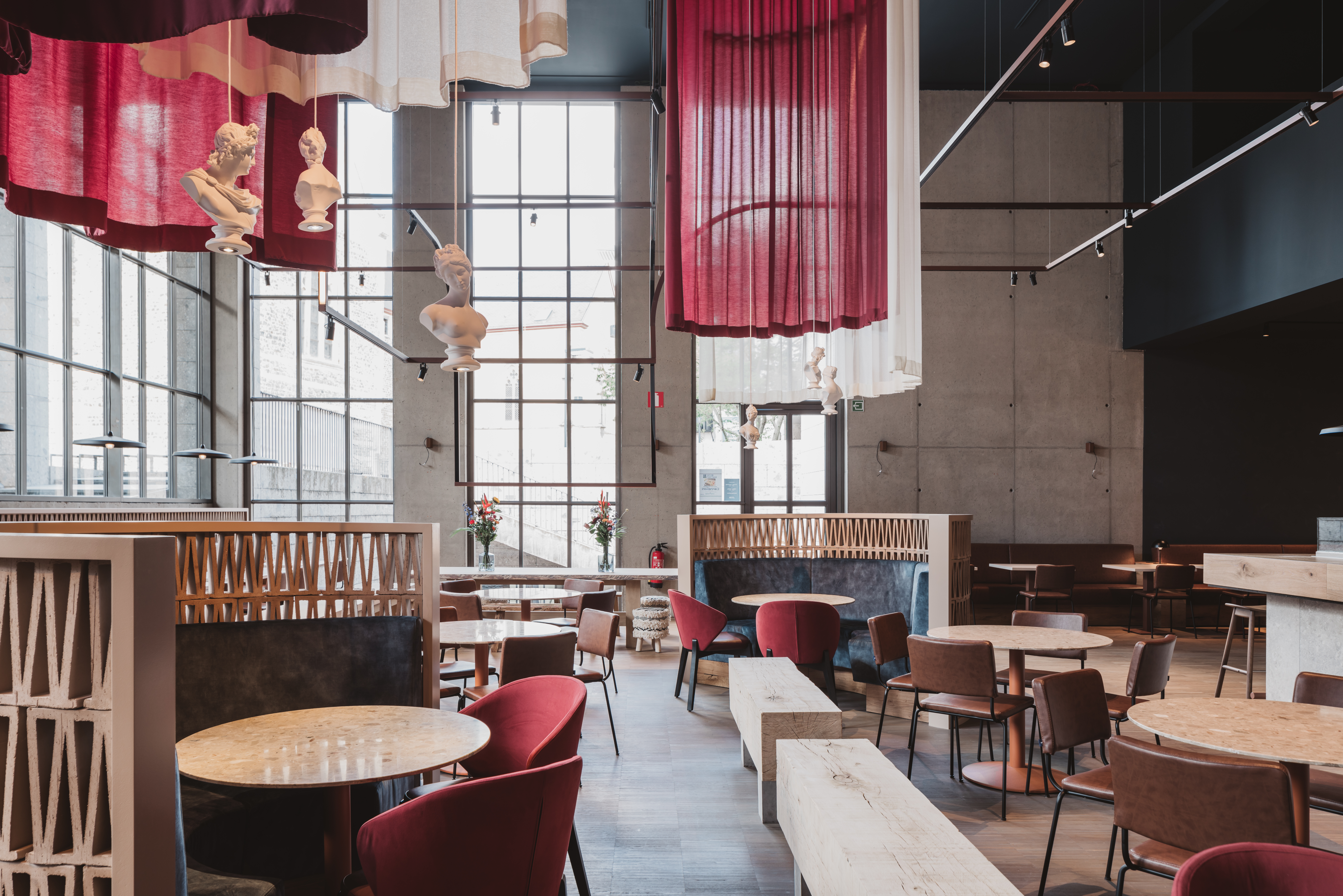 The road to a tailored concept

From the outset, it was clear that the restaurant’s look and feel should reflect the museum’s content. To get inspiration for the future interior, a logical first step was therefore a visit to the museum itself. Next to that, we carefully studied the restaurant space, as we needed to take certain characteristics into account - like the high ceiling, the amount of daylight and the acoustics. Moreover, visitors should be able to enjoy breakfast, lunch, tea time, snacks as well as dinner here.

By combining ancient themes with a contemporary setting, real. space agency managed to give the restaurant a truly inspired makeover. The archaeological artefacts that were found in and around Tongeren clearly formed the first and foremost source of inspiration. The large frame on the ceiling refers to the grid that is used to locate objects during excavations. It ‘breaks’ the height of the room, while being an excellent carrier for lighting elements. Next to that, the recurring Roman arches add to the thematic atmosphere, which is even more pleasant thanks to the comfortable sitting booth. 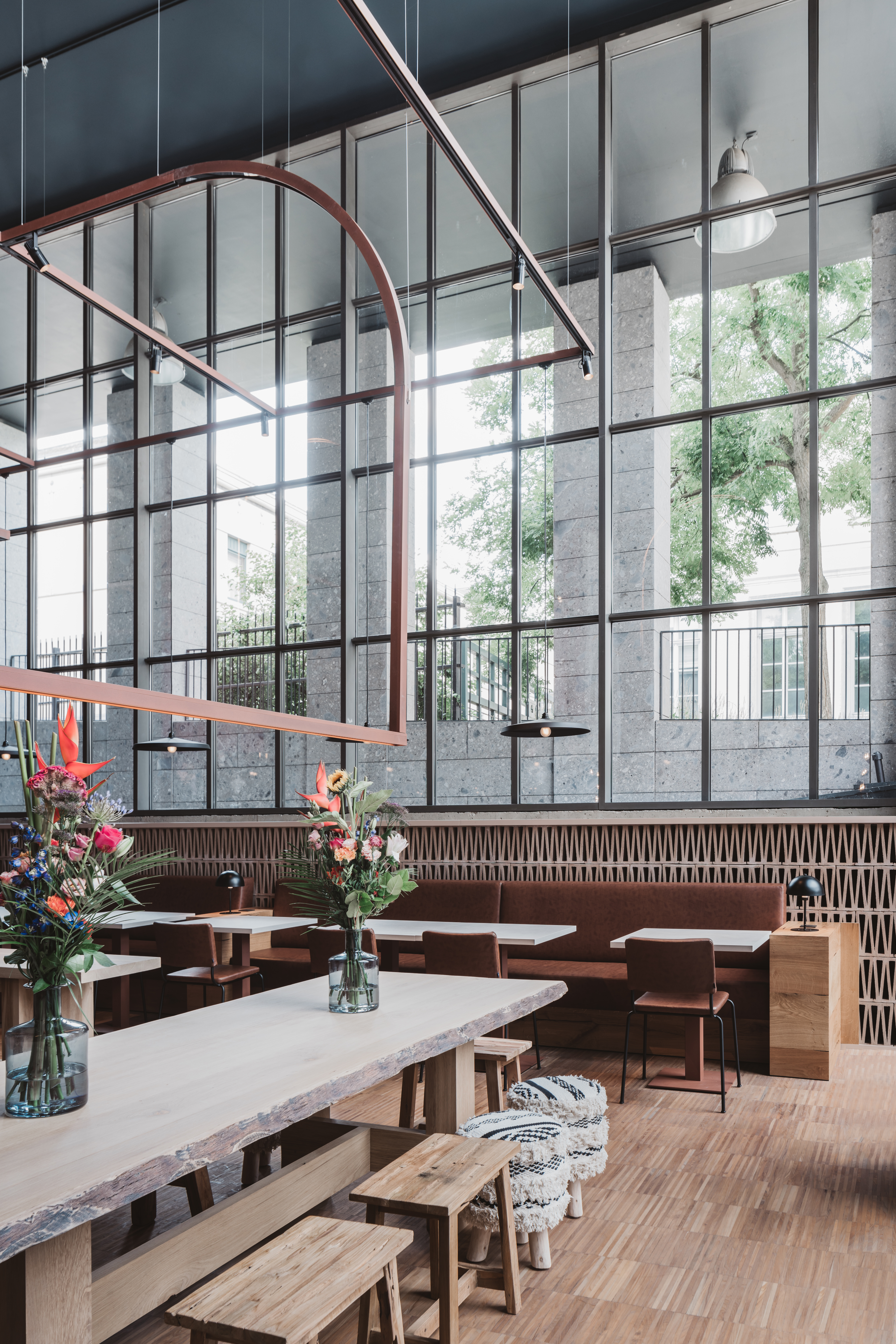 Materials from the Gallo-Roman era

We have chosen materials that underline the Gallo-Roman influences. The terracotta bricks refer to the ancient earthenware that has been found in the region, while the use of wood is connected to the old crafts and local products. Moreover, the rusty elements refer to weathered ironwork from the Gallo-Roman era. Blue and red have been amply used, as these are the colours of the old frescos that have been discovered in Tongeren. 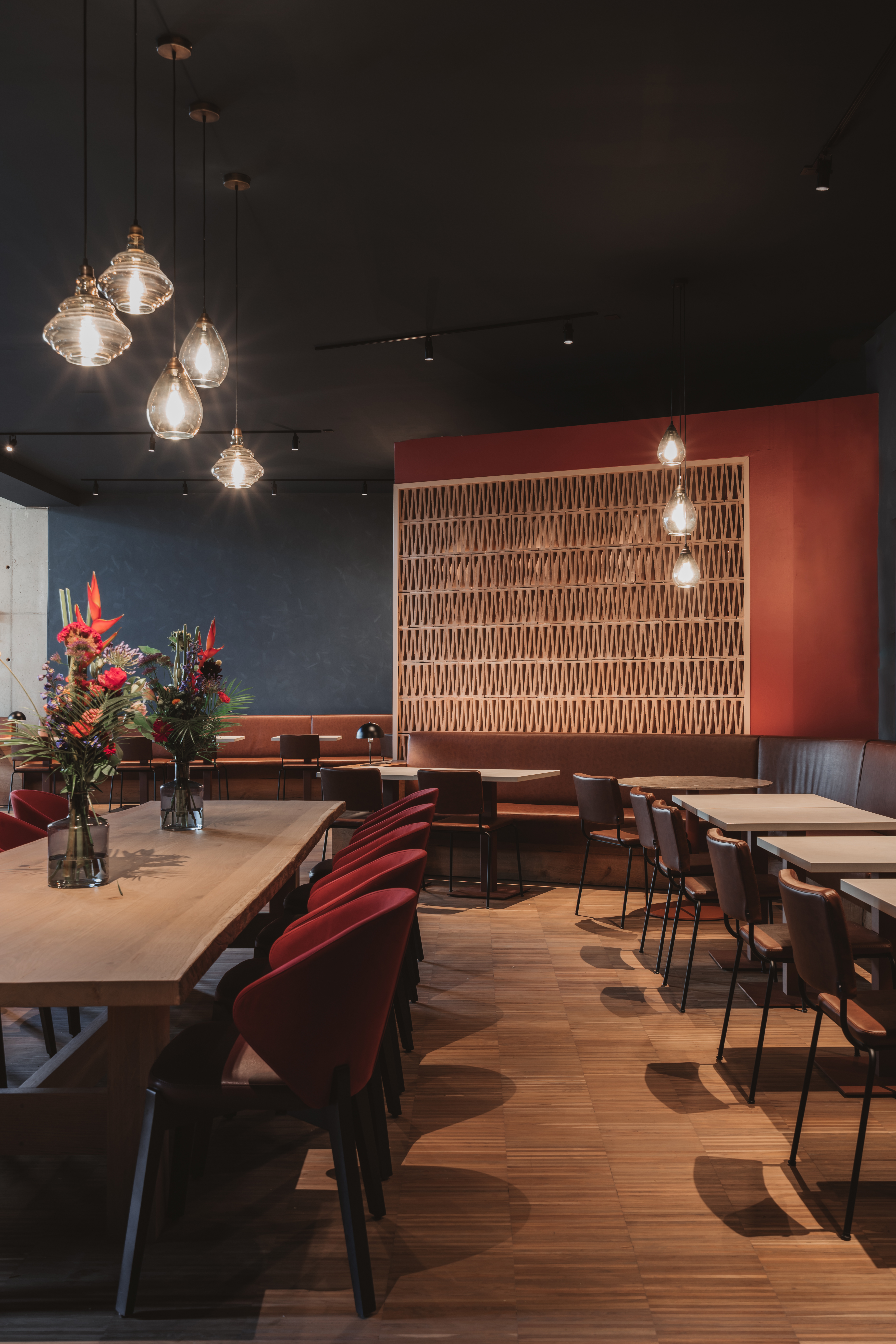 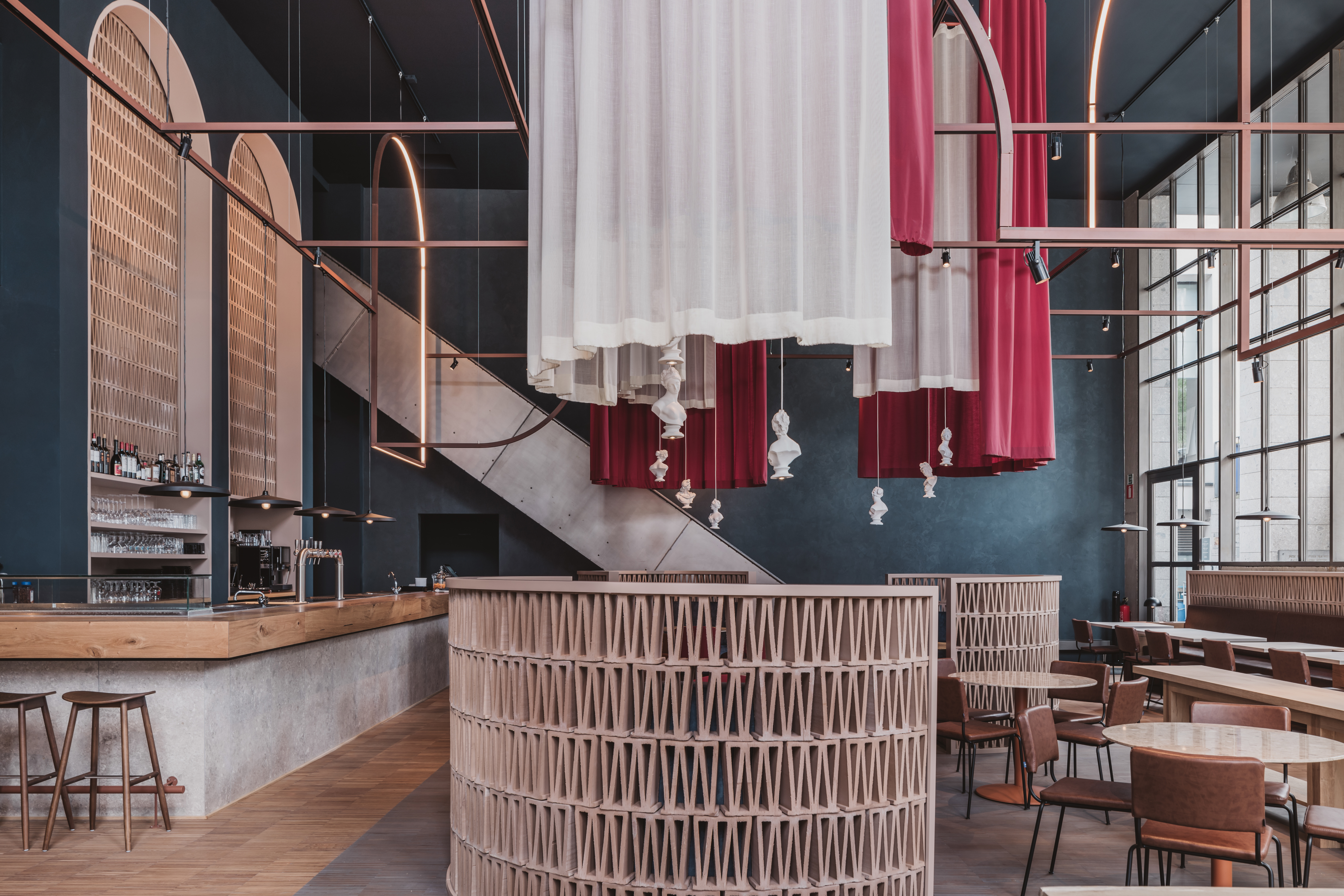 Bacchus invites you at his table

Named after the Roman god of wine, Bistro Bacchus has turned into an inviting place where you can immerse yourself in the Gallo-Roman eating experience. On the menu, you will discover tasty Belgian classics and typical Roman ingredients, so you can eat like stately Caesar or brave Ambiorix. It’s clear that this bistro has become an essential stop for everyone who wants to taste what Tongeren and its rich heritage are all about. 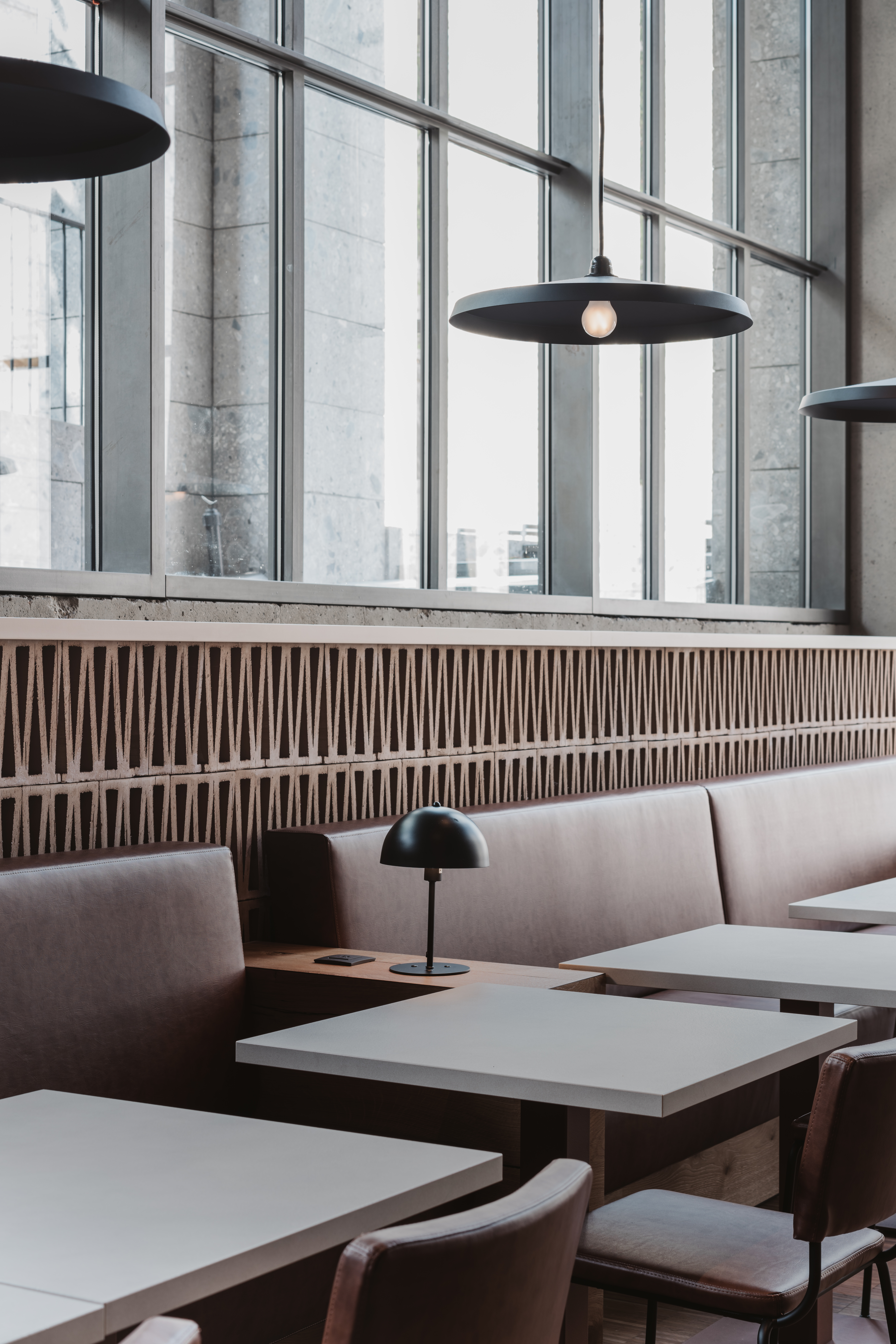 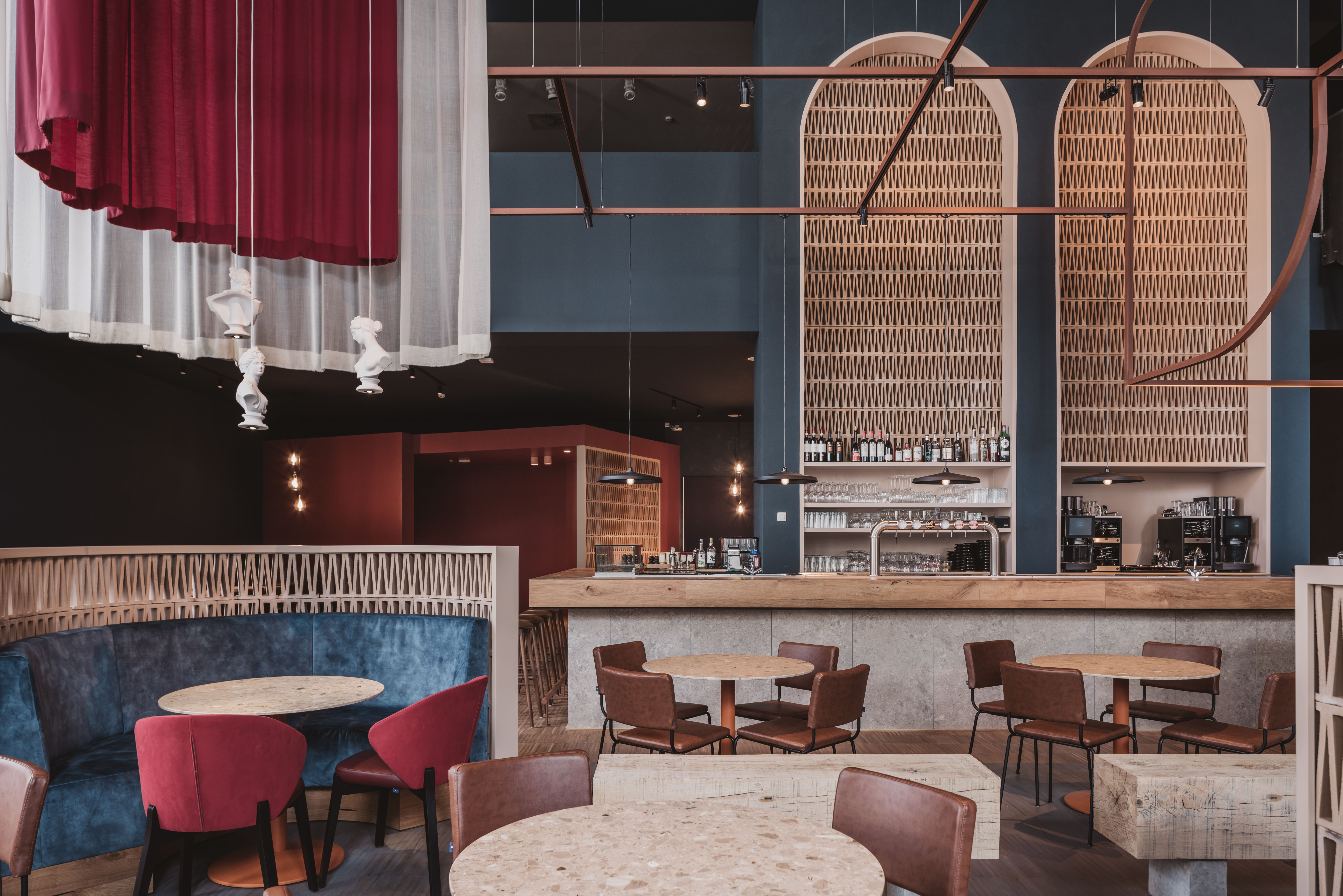 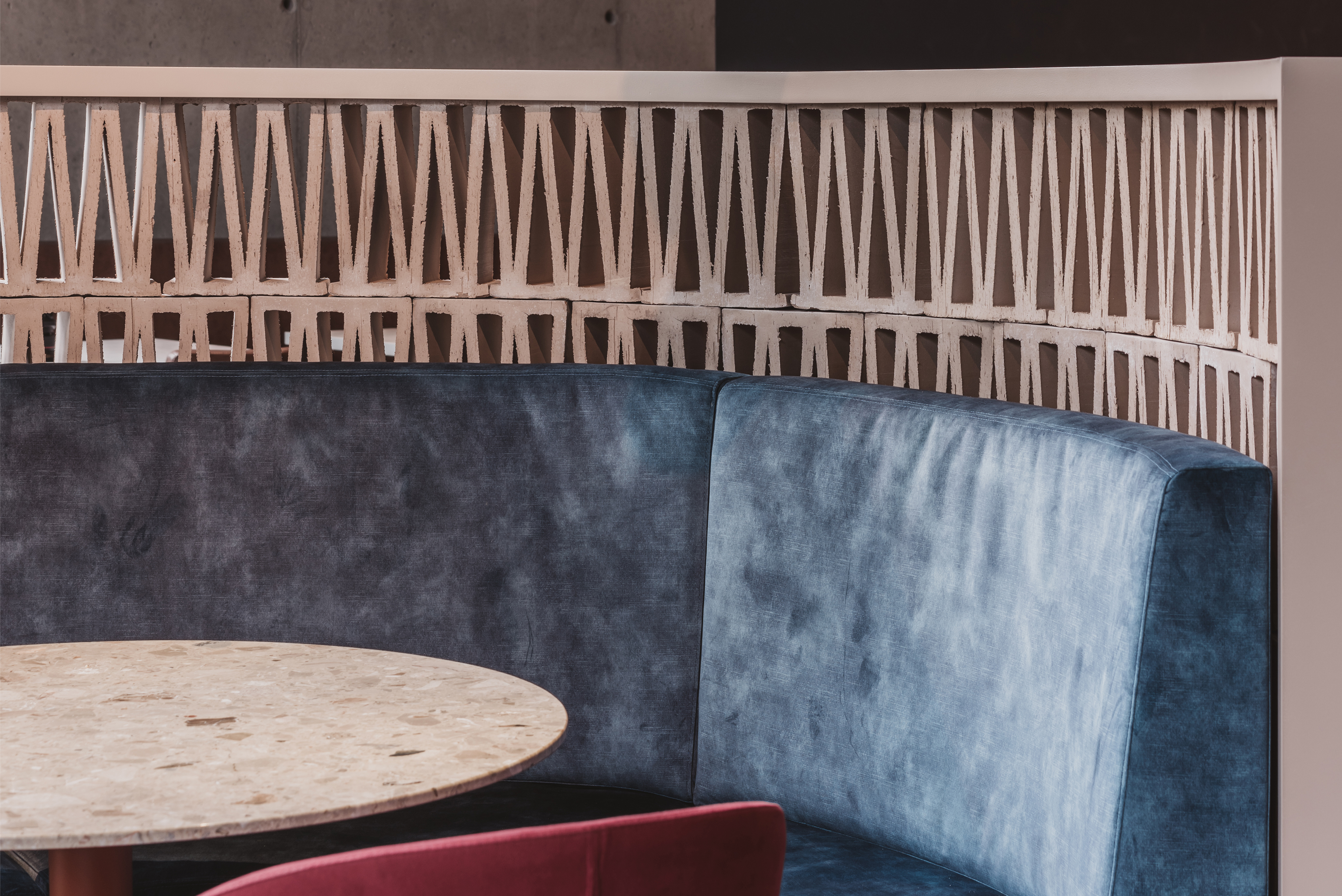 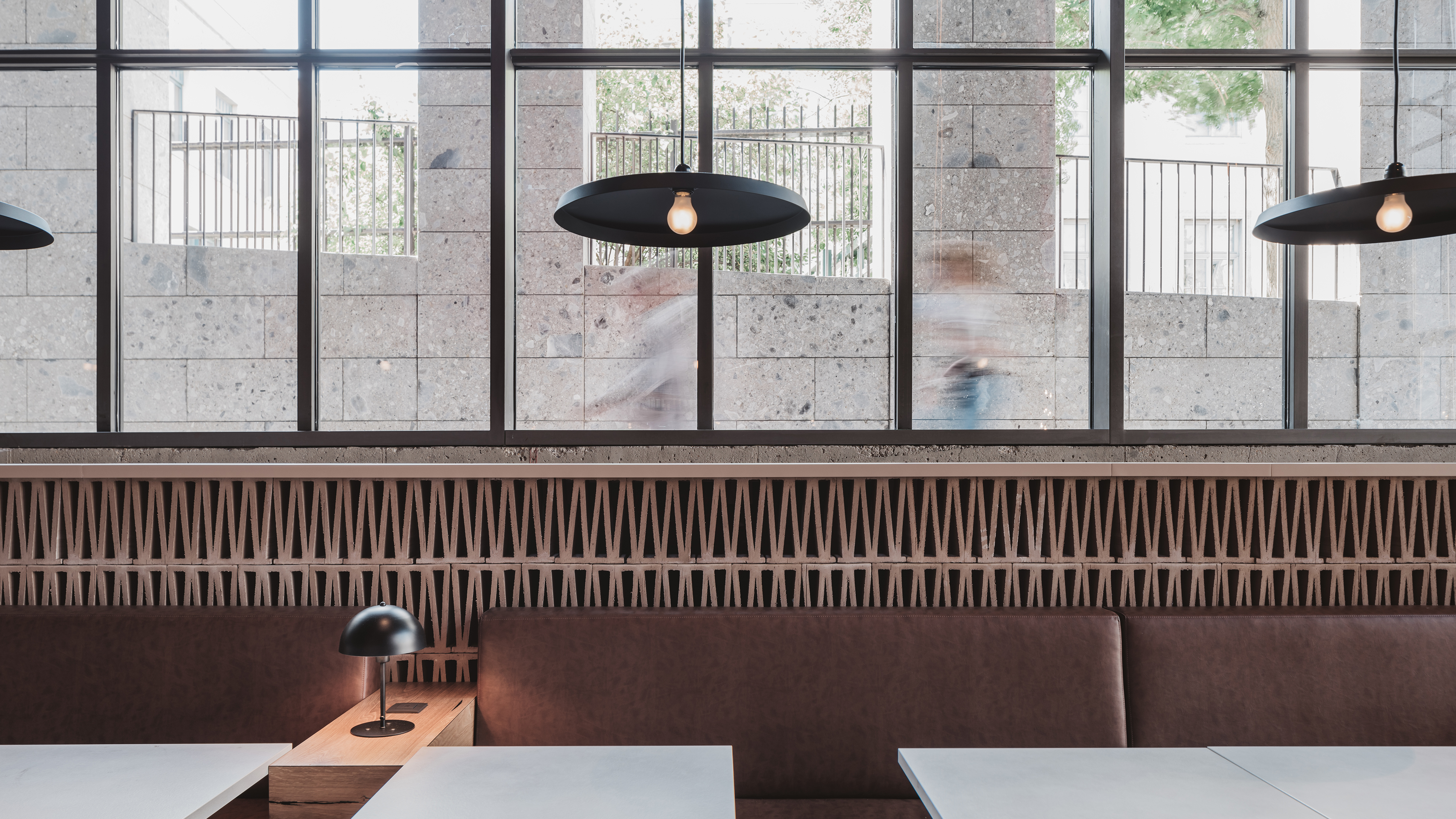 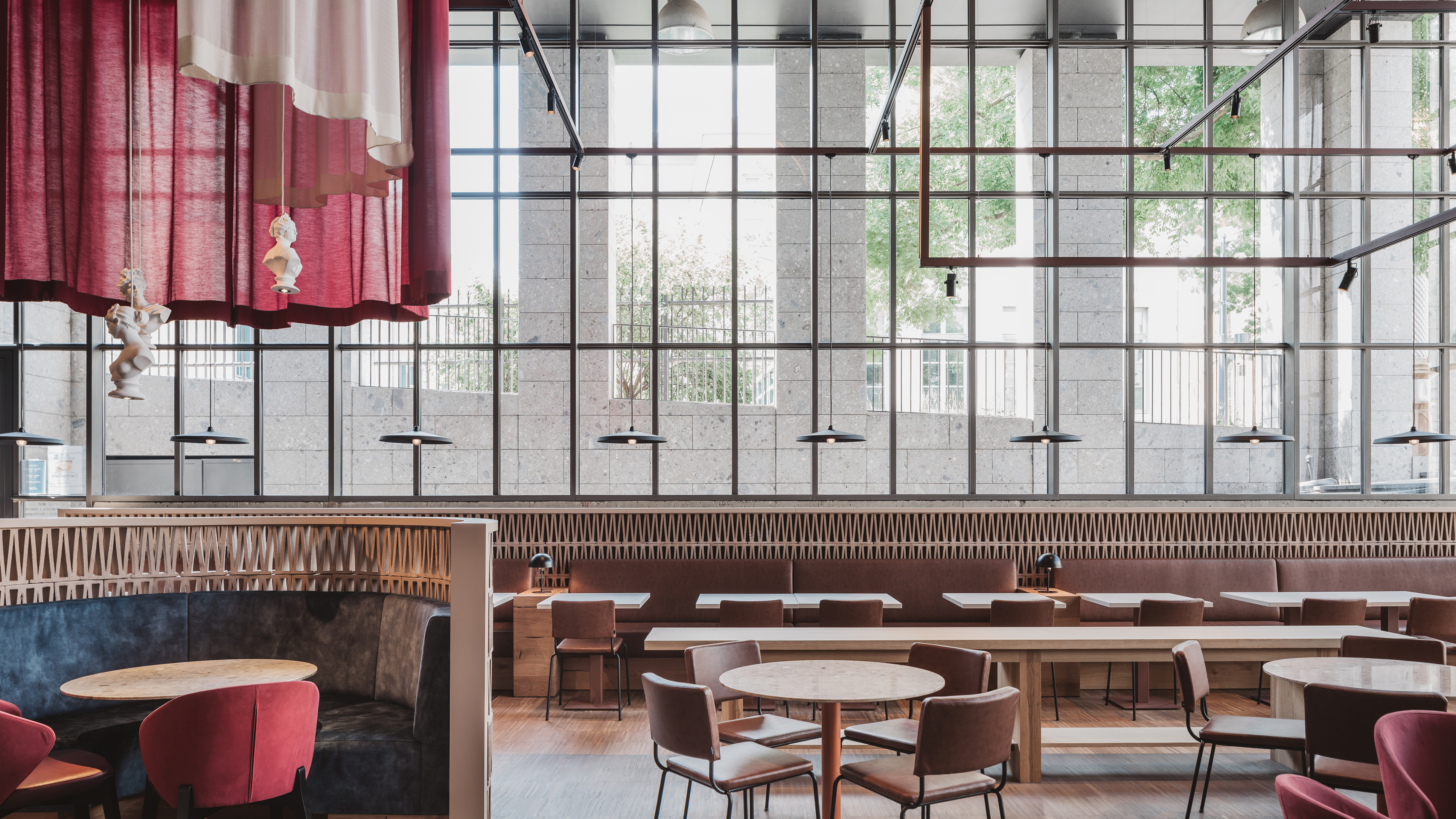 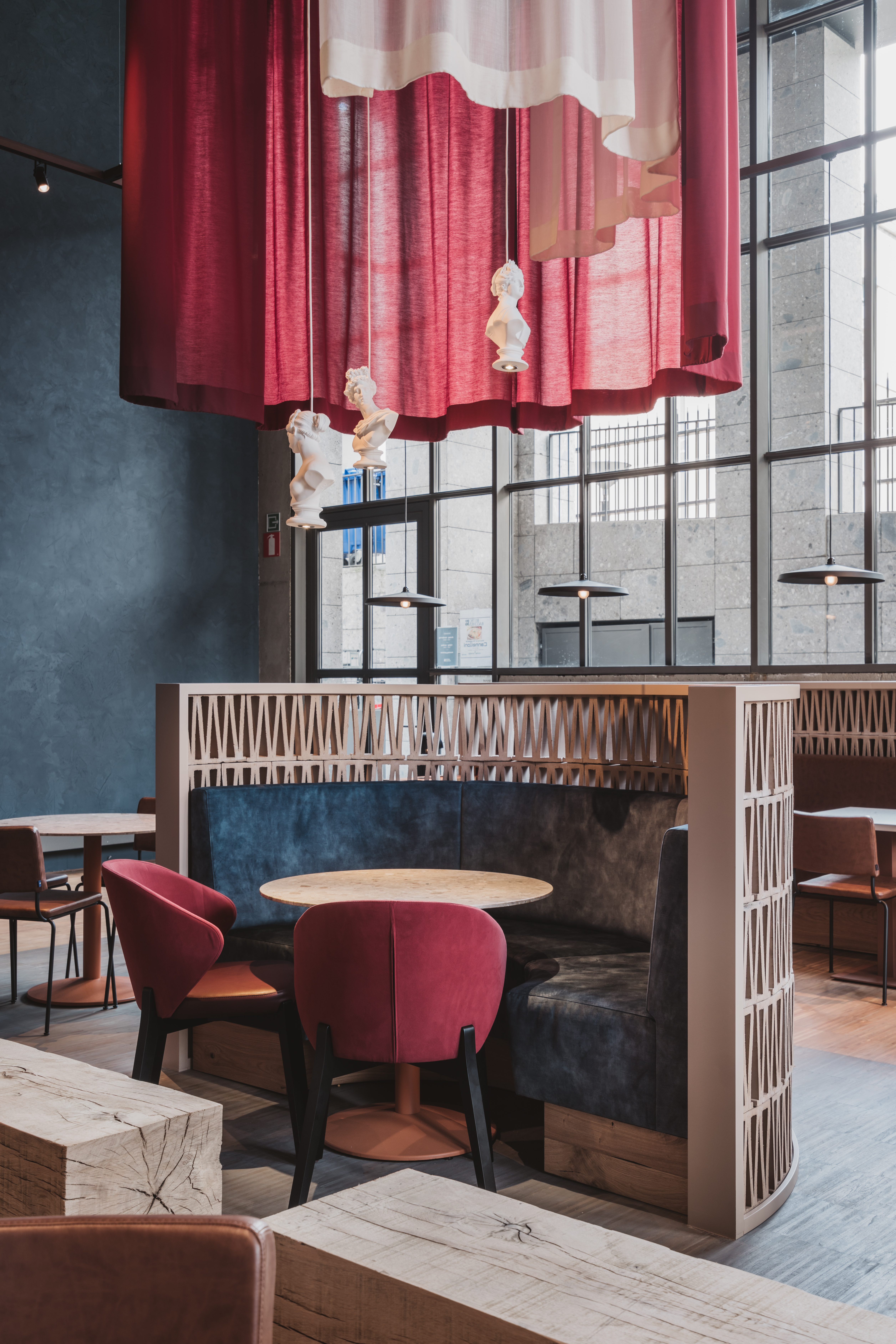 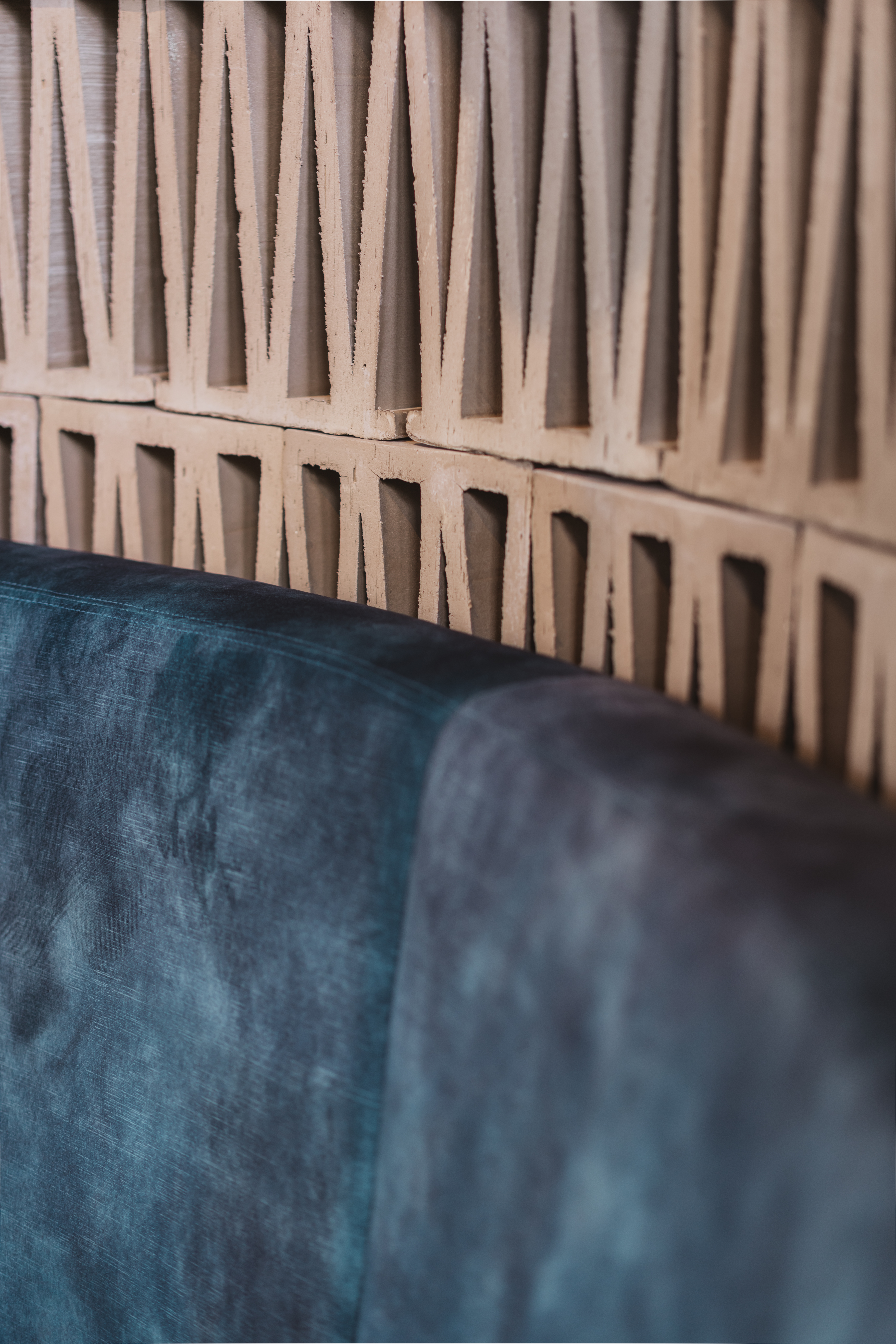 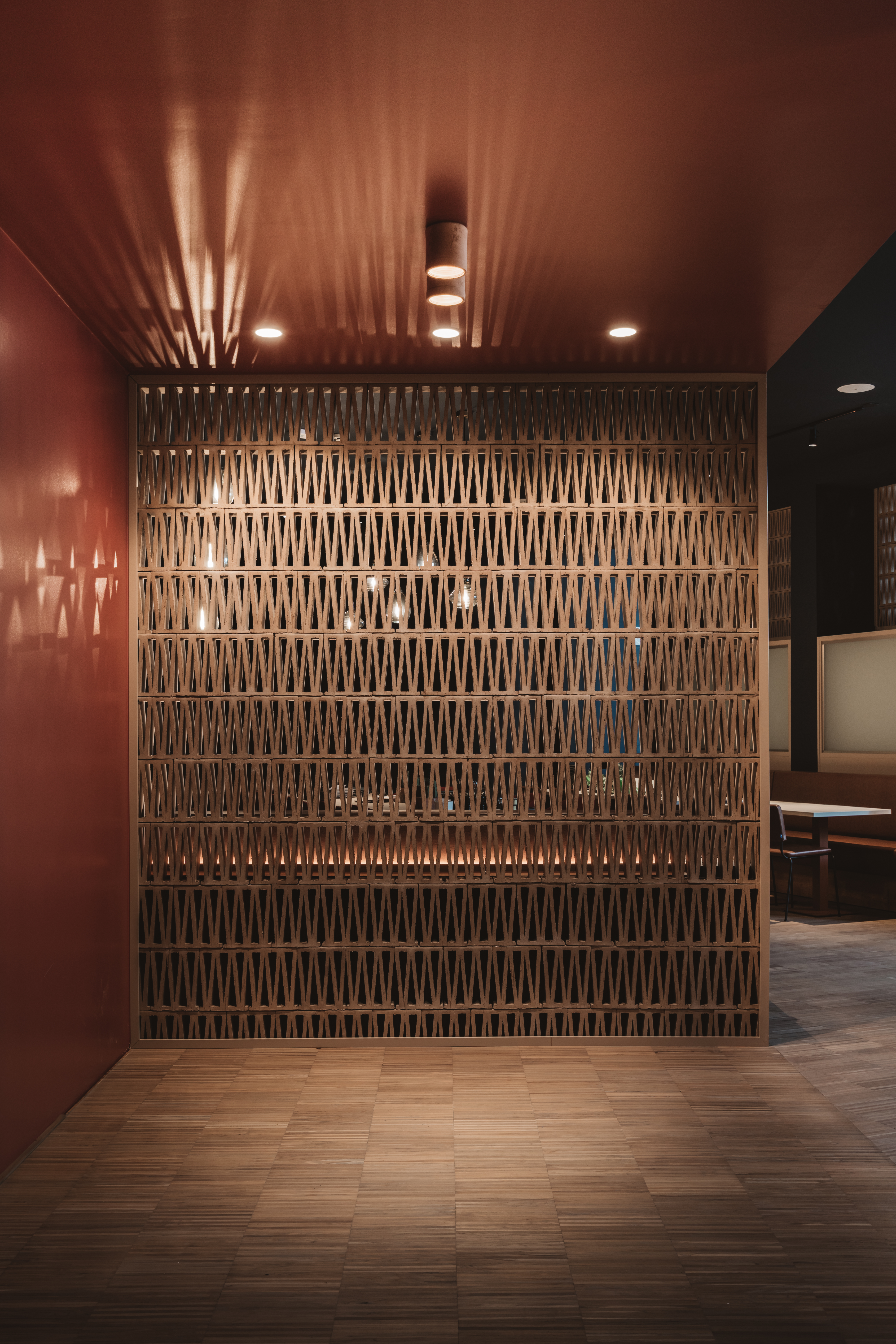 Hit "recommend" to vote for this project.